Billy Durant’s ”Other” Car From Flint 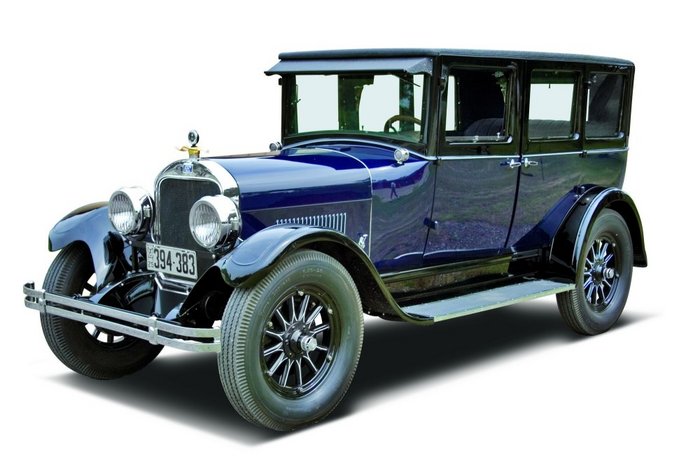 Additional photos from this story: Click image to view larger

The fact that Billy Durant was ousted twice from the company he founded has been well documented. But before sliding into automotive obscurity prior to his death, Durant put forth an effort to create a second automotive empire that began in 1921 with the acquisition of a then-struggling Locomobile. Within two years, Durant Motors had successfully launched the Star, Durant and Flint, the latter of which was aimed directly at the Buick-buying public. Our feature car, a 1925 Model E-55, is one of the few surviving examples from that short-lived division.

Flint, the automobile, began as an advanced, six-cylinder prototype uncovered in an Elizabeth, New Jersey, factory that had been part of the Willys Corporation assets auctioned to Durant. After slight modifications, including the reshaping of the body to give the appearance of a smaller Locomobile, it was introduced to the public in June of 1923; changes during the following year were minimal. By 1925, the upscale Model E-55 was available in just five body styles, including the five-passenger sedan pictured here.

Each E-55’s foundation was a sturdy, steel frame with a wheelbase that measured 120 inches. Bolted to it was a typical-for-the-day suspension that consisted of semi-elliptic front and rear leaf springs (363/8 and 55 inches long, front and rear, respectively) and Gabriel snubbers. Above, nickel trim complemented two-tone steel body panels attached to a wooden frame that surrounded passengers who sat on bench seats shod in mohair fabric. One advance in regard to interior comfort was the installation of automatic windows, which were lowered and held in place by a retainer under spring tension. By releasing the latch on the door, they gently sprang back to a closed position.

Choice of power came from Continental, simply because the company did not have a foundry. Built exclusively for the Flint, the seven main, 268.4-cu.in. L-head straight-six had a bore and stroke measuring 3.38 x 5 inches. With a 1.25-inch throat, single-barrel Stromberg OX-2 carburetor and a compression ratio of 4.2:1, it was rated by the manufacturer at 65hp, even though period advertising made claims of 70hp. It was a triumph, of sorts, as the engine made 5hp more than Buick’s straight-six. Backing the engine was a Warner three-speed manual transmission, which sent power to a rear differential containing semi-floating rear axles with a final-drive gear ratio of 4.78:1. It was capable of speeds over 60 MPH and stopped with the aid of a Lockheed hydraulic four-wheel system issued as standard equipment.

Unfortunately for the Flint, 1925 sales–14,595 combined units–slid below the previous year’s total, a trend that would continue until it was phased out of Durant Motors after the 1927 model year. Collectively, less than 40,000 Flints were produced in its five short years of existence. While exact 1925 model production is unknown, known surviving numbers are few.

This article originally appeared in the June, 2010 issue of Hemmings Motor News.